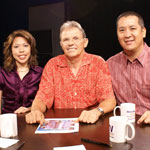 Kenton Eldridge – Co-founder of and Partner at Sennet Capital

With much experience to boot, Kenton Eldridge has brought talent and knowledge to Sennet Capital, a merchant bank focused on mid-market and emerging growth companies, where he is partner and co-founder. Prior to moving to the islands, Kenton has worked for more than two decades in the retail management sector. Kenton spent 10 years with Federal Department Stores and 15 years with Duty Free Shops (DFS) where he has developed and honed his skills in business management. His tenure with DFS has brought him to different locations around the globe.

Kenton actively engages in community giving and vouches for the importance of giving back to the society one way or another. According to Kenton, he hopes that his partaking in community initiatives would encourage the business community and his personal connections to get involved. He says that involvement in the community can be enacted in several means, from the indirect way of mentoring business colleagues to the more demonstrable manner of participation in non-profit organizations.

“I get more satisfaction I think, at this stage of my life, by giving back to non-profits because I think you can really make a difference. And I’ve seen it over time,” Kenton says. “I’ve been involved with the five non-profits and continue to be actively involved.”

“It’s more than just giving money, it’s giving of your time, and to help make Hawaii a better place to live.”

In this Greater Good interview, Kenton Eldridge shares his experience in Alaska during a natural calamity that prompted him to lay off or put to early retirement half of his subordinates. This experience has exemplified Kenton’s care and concern for the people that he worked with.
And today, he practices deep involvement in the community as he ventures off along the entrepreneurial path.

BIO:
Kenton T. Eldridge, Co-Founder and Partner, brings 40 years of business experience to Sennet Capital. Mr. Eldridge spent 25 years in retail management, 10 years with Federated Department Stores and 15 years with DFS (Duty Free Shoppers).He has extensive retail operating experience in the US and Asia. Prior to his retail career he spent 4 years as a US Army Intelligence Officer, serving in Europe and Vietnam.

Mr. Eldridge has been actively involved in the investment community since retiring from DFS in 1997. In 2000 he was a founding board member of HiBeam (Hawaii Business and Entrepreneur Acceleration Mentors) and has served as a mentor and investor for several Hawaii start-up companies including Hoku Scientific, where he serves on the board of directors. He was a member of the IPO team that took Hoku Scientific public in 2005.

Mr. Eldridge also serves on the board of directors of American Savings Bank, Assets School, HiBeam, Hoku Scientific and The Nature Conservancy. He received his BA, MA and MBA from University of New Hampshire.