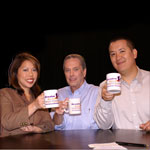 Barry Weinman merged and then took his first company public in the 1970s, making his first nine employees millionaires. Barry then became a venture capitalist helping start-ups become public companies, some of which included Palm, 3Com and Medscape. He co-founded Allegis Capital, HiBeam and Dragon Bridge Capital with much knowledge and skill in the investment industry up his sleeves.

From a well-versed entrepreneur to a discriminate venture capitalist, Barry Weinman knows what it takes for business people and businesses to succeed. His experience in the entrepreneurial world has made him a valuable and effective investor, working with more than 70 start-ups through his company.

Barry later founded the Barry and Virginia Weinman Foundation that established the Pacific Asian Center for Entrepreneurship at the College of Business in the University of Hawaii. The foundation is dedicated to social causes and education.

According to Barry, an entrepreneur must be able to focus on the objectives he/she has set for the business, for without it, it’s easy to be distracted by the many issues involved in running a business.

“The most important lesson that I always say to entrepreneurs is you’ve got to focus,” Barry says. “People get distracted when they do startups.”

Barry adds that being able to determine the direction of the company is what “separates the great entrepreneur from somebody who wants to start a company.”

“They have to have a vision. They have to be able to articulate that vision in a very simple way,” he says.

Barry Weinman is back, this time on Greater Good Television, to talk about the intricacies of venture capitalism and investing. He shares with viewers why he would choose to invest on other companies instead of expanding his own business.

This interview tackles Barry’s contribution to the community through the Barry and Virginia Weinman Foundation and how he helps Chinese companies penetrate the U.S. market through Dragon Bridge Capital.

All these and more only on Greater Good Television.