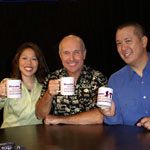 John Dean stands as a legend in the American banking industry for rescuing several financial institutions on the verge of collapse. Nicknamed ‘bank turn-around specialist’, John lead the re-birth of five major baking institutions which included the Bank of Oklahoma in 1980s, which became the most profitable in the State three years after he stepped at the helm of the company.
His tenure at the Silicon Valley Bank has also significantly improved company portfolio. In his eight years, assets grew from $935 million to $5.5 billion; employees from 235 to over 1,000; and market capitalization from $63 million to a high of over $3 billion.

Having been in the industry for more than three decades, he has gathered the right know-how and experience to become a potent financial advisor to top CEOs and companies.

Today, John Dean is a venture capitalist focusing on tech companies in Silicon Valley and Hawaii. And he has made good use of his expertise to be of service to young entrepreneurs and start-up companies.

“Having ran several organizations, there was really an interest by me to see what I can do in terms of helping young entrepreneurs who’re in the valley and also those here in Hawaii,” John said. “So that got me involved.”

“I started investing and then before I knew it I was starting a venture fund to do more of it.”
John engages in the non-profit sector as founder of Entrepreneur’s Foundation of Hawaii. He has also started a small venture fund in Silicon Valley more than a year ago.

To John passion is what sets a great entrepreneur apart from the rest. He said that the most successful entrepreneurs have blind focus on their objective and commitment to both their business activities and to customers.

“I think the great entrepreneurs over time are ones that have a commitment not just to the product or to the new market that they are trying to create,” John said. “I think also there’s the care, a commitment to the employees.”

“And often I see a commitment to the community in terms of giving back.”

Watch John Dean as he talks about career transitions, the qualities innate of a successful businessperson, and building relationships with employees. John shares how having one common goal and partaking on common core values can drive a company towards meeting its objectives.

Greater Good Radio brings to you a truly inspiring leader. Listen now and find out more.

BIO:
A graduate of Holy Cross College, a former Peace Corps Volunteer in Western Samoa, and a graduate of the Wharton School with an MBA in Finance, John spent 30 years as an executive in the financial services industry, focusing for the last 10 years on technology startup companies. He is presently Managing Director of a small private equity fund, Tuputele Ventures Fund, investing in fund-of-funds, venture capital funds and startup technology firms with investments primarily focused in Silicon Valley and Hawai`i. He is also the managing general partner of Startup Capital Ventures.

John is an advisor to and director of various venture capital firms and technology companies both in the United States and overseas. He also serves as director of several non-profit organizations and frequently speaks on topics related to leadership and building successful companies.
John is on the advisory board of the Wharton School of the University of Pennsylvania, as well as a committee member for the School’s five-year capital campaign. He is a director of Pacific Asian Center for Entrepreneurship and E-Business (PACE) at the business school of the University of Hawai`i.

John was a member of the Board of Trustees of Oceanic Institute, an affiliate of the Hawaii Pacific University. He stepped down from the position in 2005.

John also has many years of experience investing in technology companies. He has served as Managing Director of Tuputele Ventures Fund, LLC, a small private equity fund investing in early-stage technology companies and venture capital funds. He is an investment director for various venture capital firms, both in the U.S. and overseas, including Advanced Technology Venture (ATV), Institutional Venture Fund (IVP), Walden International, Leapfrog Ventures, and Authosis Capital. John serves as an advisor or director of various technology companies, including EzRez Software, H-5 Technologies, and BioImagene. He brings a wide network of industry contacts to the Fund, notably in Silicon Valley and Hawaii.

John was a founding director of the Entrepreneurs Foundation in Silicon Valley and for a six-month period during 2001-2002, was its interim CEO. John is also a director of HiBEAM, a nonprofit organization that serves as an accelerator for startup companies in Hawai`i, and Chairman of the Emmett R. Quady Foundation, his family foundation.