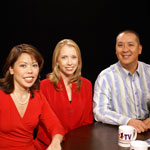 At a young age of 21, Shelley Wilson decided to start her business, Wilson Homecare. She was recognized in 2003 by Pacific Business News as one of Hawaii’s 40 Under Forty, and was one of the fastest 50 companies two years in a row. Her company was also recognized in Forbes Magazine with an outstanding small business award. She’s actively involved with different business community organizations such as the Chamber of Commerce and the Healthcare Association of Hawaii to name a few. And she also provides international support to aid underprivileged children in Africa and Vietnam.

Shelley Wilson came to Hawaii from the frigid weather of Iowa to ameliorate from an accident incurred from her military duty. Incapacitated for several years, Shelley was admitted to the Tripler Army Medical Center where she awaited full-recovery. Her humbling experience with her friends and medical staff during her convalescence galvanized her to stay in Hawaii and put up her own business veered towards care for the sick and injured.

But the beginning stage of her entrepreneurial endeavor is not without its share of trials and tribulations. For many years, Shelley worked without pay, getting by through several jobs to keep her business alive. Thanks to a number of individuals who believed in her mission, Wilson Homecare survived to become one of the State’s most outstanding small businesses.

In this interview, Shelley Wilson talks about relationships and the value of developing and maintaining good rapport with people sharing the same goals and values.

“There are certain people that show up in your life that believe in what you’re doing and they have the same visions, the same passion, or they see it in you and they’re willing to help out along the way,” she says.

Inspired by her own personal experience with the need for quality and compassionate homecare, Shelley Wilson opened Wilson Homecare in 1996. She has guided its growth into one of the state’s most successful private homecare agencies, with more than 200 employees providing personal home healthcare services in residences across O‘ahu.

The story of Shelley and WHC is one of resilience, can-do entrepreneurial spirit and service to our community. During her career in the military as an Army medic, a severe car accident left Shelley with multiple broken bones and injuries. While in recovery she realized how beneficial it would have been to have had homecare services, which unfortunately were not available in her area. Years later, after moving to Hawaii and working in the healthcare field, she was motivated to start her own business providing quality homecare services at affordable prices. As a disabled veteran, Wilson was able to use her military leadership skills to create a top-flight team of highly competent and compassionate caregivers able to provide clients with premium home healthcare services.

Since establishing the agency, Shelley’s management skills have earned her a number of awards, including Pacific Business News’ “40 under Forty” and Wilson Homecare has twice been named one of the newspaper’s “Fastest 50” companies.

Wilson is also active in the business community, serving as a board member for The Chamber of Commerce of Hawaii and is the incoming chair of its Health Issues Committee, board member of the Hawaii Society of Corporate Planners and is the 2007 president-elect for the local chapter board of the Organization of Women Leaders. Shelley is also a member of the Healthcare Association of Hawaii, National Organization of Female Executives, National Association of Homecare and the Better Business Bureau of Hawaii.

Between devoting the majority of her time to her business and community organizations, Wilson also provides international support to aid underprivileged children. She traveled to Africa with Rotary International to help vaccinate children for polio eradication and spent one month in Vietnam with the “Kids Without Borders” humanitarian group. Shelley has touched the lives of hundreds of individuals, from needy children in foreign countries to local families here in Hawaii.