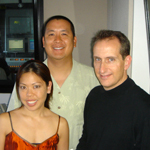 Steve Metter started his career as an 18-year old. Young and full of dreams, Metter was able to buy his own condominium which he eventually sold netting $4500. He used the money and some loans to fund his college education.

“I had to pay for school some way and I realized, not taking some part-time jobs, that school was the solution and that working right out of school was not an option,” he said. “So now I had to figure a way to pay for it because my parents weren’t in that position and so this was a vehicle to do that and it happened to work.”

Metter started working early in life because he believed in the value of education. He used his early experience to get him through tertiary level with a degree in social science from the University of California at Berkeley.

After graduation, he worked as an investment banker for Morgan-Stanley in New York before going to Hawaii, which caught his heart.

“New York was all about transactions, cutting edge, making money and as soon as you’re done with a transaction, you’re kind of done,” he said. “Hawaii was all about relationships from what I understood because I had an older brother that lived here, and it was beautiful. I mean it was beyond my description, and so I wanted to live in a beautiful place and start a career.”

Metter moved to Hawaii and has never left. He now runs MW Group which has roughly $300 million in assets.

Find out more how Steve Metter, CEO and principal of MW Group, Ltd. has put together with his partner, Mike Woods (20 years his senior), their real estate business and how the company provides social services through the B.R.I.D.G.E. program.

Mr. Metter earned his Bachelor’s degree in Social Science from the University of California, Berkeley.

Mr. Metter is married to Susan Metter and they have two daughters, Cassidy and Mckenzy and one son, Hudson.

Pioneer Plaza
900 Fort Street Mall, Honolulu, HI
Acquired in September 2001 with a $9 million renovation completed in 2003. This office building in the heart of downtown Honolulu contains approximately 275,000 square feet of leasable area. Pioneer Plaza is home to The Plaza Club and features Hawaii’s highest speed 100 mbps cable connection for the fastest possible connection to the internet.

Nimitz Center
1130 North Nimitz Highway, Honolulu, HI
Acquired in December 2000. With a $2.5 million renovation completed in 2002, this retail, office and industrial center with approximately 154,000 square feet and a new look is conveniently situated within Honolulu’s new hub of home wares and improvement retail space, near Costco and Home Depot in Iwilei.