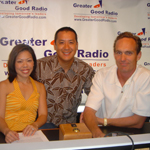 John Bower started his career at an early age of 18, when he began to meet the very people that would be his partners in business years later. Straight out of college, he worked for Hemmeter Development, eventually he made a name for himself as a serial entrepreneur. He also worked for Hawaii Biotech as chief financial and operating officer.

In the past, John has co-founded a number of companies including Access Capital and HealthRev, which expanded to ten states and obtained $5 million annual cash flow. Today John is a proud co-founder and managing partner of Sennet Capital, a merchant bank focusing on mid-market and emerging growth companies.

Besides an attachment to finance and management, coaching is considered an integral part of John Bower’s life. Its significance can be traced back to his college days as swimming teacher to kids in South Louisiana. Every summer during his four years in college, John worked as swimming coach to hundreds of children, earning him just enough money and experience to get through to tertiary education.

Today, John continues his own legacy, this time as a volunteer coach at community organizations that his children are involved in. He also gives his time to other charitable causes like The Gift Foundation of Hawaii.

Greater Good Radio brings John Bower as he talks about the importance of family and relationships and how these form the very foundation of the life and career he has chosen when he moved to Hawaii. Listen now and find out more.

BIO:
John C. Bower, Co-Founder and Managing Partner, has 20 years of business experience managing high growth companies. Prior to Sennet Capital, Mr. Bower served as the CFO and COO at Hawaii Biotech where he helped to secure over $50 million in equity and grant funding.

Mr. Bower came to Hawaii from Chicago where he co-founded and operated HealthRev, a national healthcare front office outsourcing company. In less than three years, Mr. Bower expanded HealthRev to ten states, over two hundred employees and $5 million in annual cash flow. In 1999 Mr. Bower sold HealthRev to a Chicago-based private equity firm where he remained for two years to assist in the transition. The sale resulted in a 15 times return for investors. Prior to HealthRev, Mr. Bower was a founder and Managing Director of a boutique investment company that specialized in debt and equity funding for start-ups and high growth companies throughout the United States.

Mr. Bower serves on the boards of several Hawaii and Mainland companies. He graduated with honors with his BS and MBA from Cornell University